25% off sale, now through December 15. Use code: HOLIDAY at check out.

The Scepter – Appears as a long vertical shape with a split-end point, it represents Om’s power coursing through all realities. Symbolic of both divergence and convergence of realities.

Center Disc – The source of Om’s power: a concentrated, infinitesimal void embedded into his own life force

Wings
Resting upon his upper back are two, golden artifacts. These are Om’s “wings”. In their resting state, they are furled, with two ends near his head pointed upward. Similarly, the opposite ends of his furled wings point upward. Om unfurls and uses these wings to channel and amplify his powers of vibration from the Center Disc of his Face Plate.

Hanging from and attached to Om’s wings are eight bands, each like a chime. The multi bands represent the multiverse. Together, they create a sound and frequency that mimics the vibrations of the multiverse.

Body Markings
Om’s body features golden markings. These markings are pieces of himself that he is able to release as separate entities if needed. In this way, Om is able to be present in more than one reality at the same time.

Subscribe to my email list and stay in the loop about new artwork and upcoming sales. I won’t sell your info, and you can subscribe at any time. 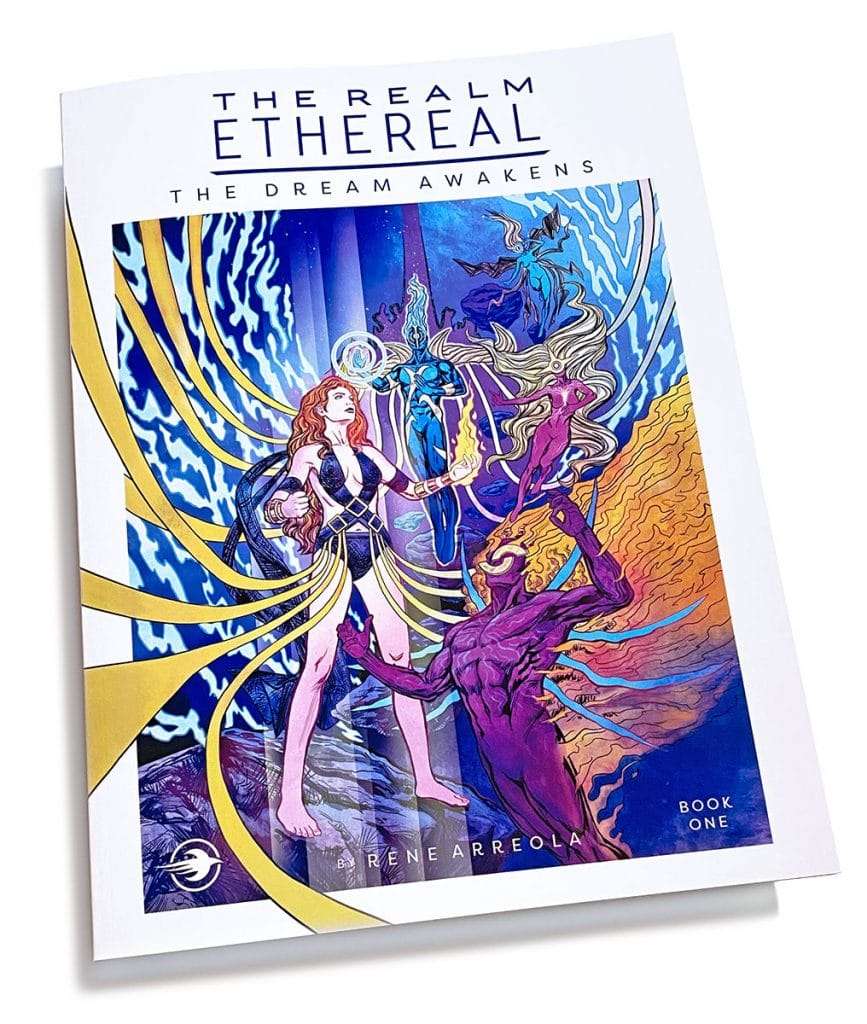